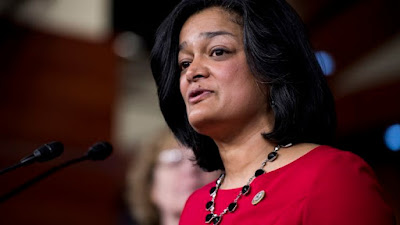 For-profit colleges have been criticized for depriving their students of a quality education and burying them in debt. Now, some Democrats hope to cut the schools off from federal funding.

A bill introduced this month by Rep. Pramila Jayapal, D-Wash., and Sen. Sherrod Brown, D-Ohio, dubbed the “Students Not Profits Act of 2019,” would ban the U.S. Department of Education from sending its federal grants and loans to for-profit colleges.

“It’s time for taxpayers to stop subsidizing the institutions that put hardworking students through this heartbreaking mess,” Jayapal said in a statement.

A number of consumer advocacy groups, including Americans for Financial Reform, the Debt Collective and the Project on Predatory Student Lending, have endorsed the legislation. The bill Democrats introduced recently to overhaul the Higher Education Act, which dictates the scope of federal aid for millions of students, would also crack down on for-profit colleges.

Democrats accuse Education Department Secretary Betsy DeVos of siding with for-profit colleges over the students they’ve harmed. Recent documents show the department sent more than $10 million to the Art Institute chain, even though the schools were not accredited and ineligible for the funds.

According to student loan expert Mark Kantrowitz, the for-profit college sector takes in around 15% of the government’s financial aid each year. And a third of the colleges — of which there are some 7,000 around the country — derive almost all of their revenue from federal sources. The research about for-profit schools has been damning. Their students go on to earn significantly less than public university students, despite the fact that for-profit colleges charge significantly more to attend. Half of student loan borrowers from for-profit schools prove unable to repay their loans, and tens of thousands of people have accused the colleges of fraud.

A ban on federal aid to for-profit schools would punish the one sector focused on career education, said Steve Gunderson, president and CEO of Career Education Colleges and Universities. “This is just the latest congressional proposal that threatens to deny access to students who seek career skills,” Gunderson said. 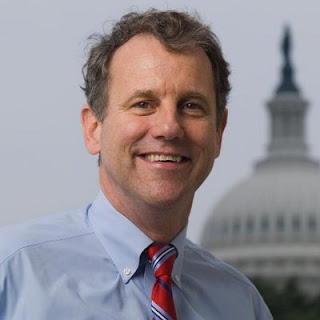 James Kvaal, president of the Institute for College Access & Success, said that while the problems at for-profit schools have understandably made people consider cutting off funding, a better solution would be strong regulation of the sector. “Our view is that under the appropriate accountability system, for-profit schools can generate value for students,” Kvaal said. However, the for-profit industry has a record of resisting rules, said Alexis Goldstein, a senior policy analyst at Americans for Financial Reform.

“This is just an industry that has refused accountability,” Goldstein said. “They should compete in the free market. “They should not be able to get 90% of their revenue from the federal government,” she added.

Brandon Schultz decided to pursue his dream of becoming a graphic designer in 2008. He enrolled in the online division at the Art Institute. “I wanted to get into a field I enjoyed,” Schultz, 38, said. “The Art Institute of Pittsburgh, it sounded fancy. ”

He was disappointed to discover how basic the classes were. “It was just a bunch of beginner lessons on how to use these programs,” Schultz said. “I never did any graphic design work.” He says communication with professors was sparse and his time with the school’s tutors was limited. “I could only talk to a tutor for so long until they cut me off,” he said. “A lot of them couldn’t really speak English.”

Schultz went on interviews for graphic design positions, but said he was unprepared for the common job tests such employers assign. Today, he strings a living together through odd jobs, including painting and landscaping, and he says there’s no way he can repay the $90,000 he owes for his time at the Art Institute.
He makes $20,000 a year.

As a veteran of many years in the For-Profit sector, I am torn by this legislation.  There has been proven awful abuse of Federal dollars, this I have seen first hand.  On the flip side however, there are institutions that offer career training to individuals not wanting or needing an otherwise "traditional" college experience.  It would be a shame to see these individuals miss out on an otherwise excellent opportunity.

Continued oversight and strict regulations on the For-Profit sector, I believe, are the best avenues for lawmakers to pursue.