Do Not Try This At Home!!! Americans Fleeing the Country To Avoid Student Loans 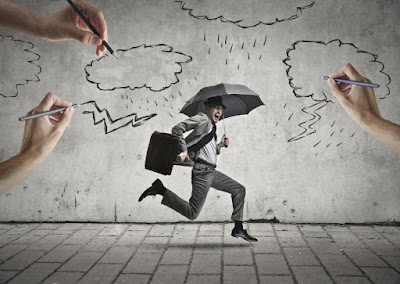 Chad Haag considered living in a cave to escape his student debt. He had a friend doing it. But after some plotting, he settled on what he considered a less risky plan. This year, he relocated to a jungle in India. "I've put America behind me," Haag, 29, said.
Today he lives in a concrete house in the village of Uchakkada for $50 a month. His backyard is filled with coconut trees and chickens. "I saw four elephants just yesterday," he said, adding that he hopes never to set foot in a Walmart again.
More than 9,000 miles away from Colorado, Haag said, his student loans don't feel real anymore. "It's kind of like, if a tree falls in the woods and no one hears it, does it really exist?" he said.
Some student loan borrowers are packing their bags and fleeing from the U.S. to other countries, where the cost of living is often lower and debt collectors wield less power over them. Although there is no national data on how many people have left the United States because of student debt, borrowers tell their stories of doing so in Facebook groups and Reddit channels and how-to advice is offered on personal finance websites.
"It may be an issue we see an uptick in if the trends keep up," said Barmak Nassirian, director of federal relations at the American Association of State Colleges and Universities.
Outstanding student debt in the U.S. has tripled over the last decade and is projected to swell to $2 trillion by 2022. Average debt at graduation is currently around $30,000, up from an inflation-adjusted $16,000 in the early 1990s. Meanwhile, salaries for new bachelor degree recipients, also accounting for inflation, have remained almost flat over the last few decades.
Haag's student loan balance of around $20,000 isn't as large as the burden shouldered by many other borrowers, but, he said, his difficultly finding a college-level job in the U.S. has made that debt oppressive nonetheless.
"If you're not making a living wage," he said, "$20,000 in debt is devastating."
He struggled to come up with the $300 a month he owed upon graduation. The first work he found after he left the University of Northern Colorado in 2011 — when the recession's effects were still palpable — was on-again, off-again hours at a factory, unloading trucks and constructing toy rockets on an assembly line. He then went back to school to pursue a master's degree in comparative literature at the University of Colorado Boulder. After that, he tried to make it as an adjunct professor, but still he could barely scrape a living together with the one class a semester he was assigned.
Haag had some hope restored when he landed full-time work as a medical courier in Denver, delivering urine and blood samples to hospitals. However, he was disappointed to find that he brought home just $1,700 a month. He had little money left over after he paid his student loan bill. He couldn't afford an apartment in the city, where rents have been rising sharply. He lived with his mother and rarely went out with friends.
"I couldn't make the math work in America," Haag said. 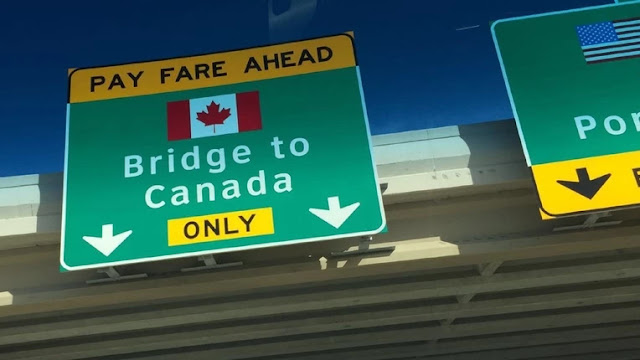 Milestones that seemed like pipe dreams back home, like starting a family,and owning a house, are now on his horizon in India. Last year, he married an Indian citizen, a professor at a local college. He has a five-year spousal visa.

Adjusting to a new country, he admitted, has not been entirely easy.
"Some toilets here are holes in the ground you squat over," Haag said. Recently, he ate spoiled goat meat at a local restaurant and landed in the emergency room.
Still, he said, "I have a higher standard of living in a Third World country than I would in America, because of my student loans."

Moving to another country to escape student debt is risky, experts say. If the person wants or needs to return to the United States, they'll find their loan balance has only grown while they were gone, thanks to compound interest, collection charges and late fees.
Although the Education Department typically can't garnish someone's wages if they're working for a company outside of the United States, it can take up to 15 percent of their Social Security benefits when they start collecting.
"The loans do not disappear when you become an expat," said Mark Kantrowitz, a student loan expert.
The Education Department did not respond to a request for comment.

Chad Albright attended Millersville University, in Pennsylvania, where he studied Communications and History. He graduated as the Great Recession was beginning in December 2007, and couldn't find anyone to hire him in his chosen field. "I went to interview after interview after interview," Albright, 39, said.
Still, he had $30,000 in student loans and was soon faced with a monthly bill of around $400. Unable to support himself, he moved in with his parents in Lancaster and worked as a pizza deliveryman. "There was anger," Albright said. "I couldn't believe I couldn't find a job in America."

He fell behind on his student loans and feared the Education Department would garnish his wages.
Albright's credit score tanked as a result of his repayment troubles, making it difficult for him to buy a car and to land certain jobs, since some employers now pull credit reports. "I feel that college ruined my life," Albright said.

Seeing no future for himself in the United States, he decided to move to China in 2011. In the city of Zhongshan, he discovered he loved teaching students English. Unlike when he was delivering greasy boxes of pizza, he found his work meaningful and fulfilling.
Though he earned just around $1,000 a month in China, the school where he was teaching covered most of his rent and the cost of living was much lower than in Pennsylvania.
A few years later, Albright moved to Ukraine, where he is now a permanent resident. He first taught in Kiev and now does so in Odessa, a port city on the Black Sea. He has no plans to return to the United States. "I am much happier in Ukraine," he said, adding that he hasn't checked his student loan account in nearly eight years.
There are more reasonable ways of dealing with student debt, said Nassirian, at the American Association of State Colleges and Universities. 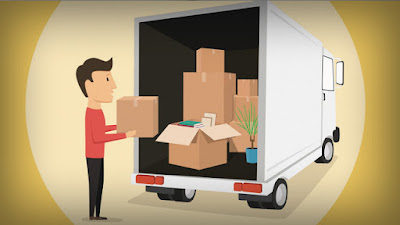 Struggling borrowers should enter into one of the government's income-based repayment plans instead, in which their monthly bill will be capped at a portion of their income, he said. Some payments wind up being as little as $0 a month.
But the fact that people are taking this drastic measure should bring scrutiny to the larger student loan system, said Alan Collinge, founder of Student Loan Justice.
"Any rational person who learns that people are fleeing the country as a result of their student loan debt will conclude that something has gone horribly awry with this lending system," Collinge said.

Katrina Williams was in a rush to find a job after she graduated from the University of South Alabama in 2013. She was looking at a monthly student loan bill of $700.
"I had to take whatever I could so I could pay on the loans," Williams said.
She picked up multiple jobs, as a part-time barista at Starbucks, a substitute teacher and a delivery-woman for the United States Postal Service. At one point, she worked full time at a call center for Sears.
"I was working every day," Williams said. "I had enough money left over to put gas in the car."
She lived with her mother and couldn't afford health insurance.
Williams had a friend who had moved to Japan, and the idea of leaving the United States grew on her. In 2015, she moved to Chiba, also to teach English to students. "I love my work," she said. Her job sponsors her Visa.

She has her own apartment now and doesn't have to work seven days a week anymore. Yet Williams misses her relationships back home; she hasn't been able to make many friends in Japan.
She thinks about returning to the U.S., but knows she will be welcomed back by wage garnishments and endless calls from collection agencies. Her student debt has ballooned to well over $100,000.
"I wish I could come back to America and not be scared," she said.

Folks, this is why started A+.  The Literacy and understanding of student loan burden is at an unprecedented low.  Reading these examples is actually pretty schocking.  Sure these cases are far the exception than the rule, but there IS help!!! Lenders are willing to work with you.  So please, if you're thinking about visiting Honduras, make sure it's just for a vacation...
- June 08, 2019