Financial Aid From A Student's Point of View

I found this article on Montana Kaimin, an Independent Online Periodical from The University of Montana.  It offers a really interesting perspective from one college student and his interaction with his Financial Aid office.  After reading it, I can entirely relate.  Warning!!! I do NOT encourage anyone reading to act the same.  Causing a stir in a busy Financial Aid office can be very difficult and draining on hard working Administrators.  I say this because I was there! 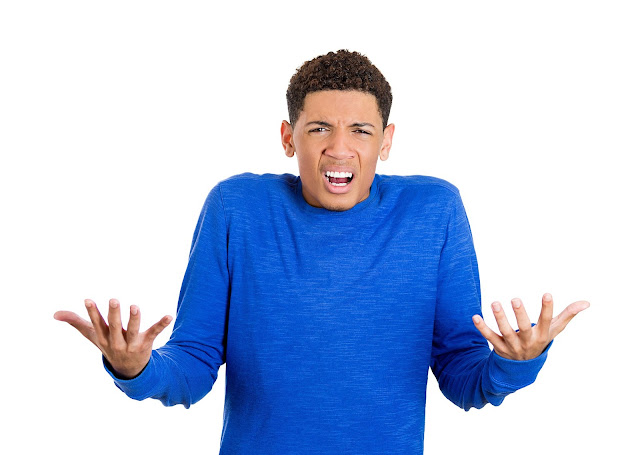 Having trouble with financial aid? Ian Siepker, 24, a history and secondary education major, says crying is your best bet for motivating the staff that work in the Financial Aid Office. Financial aid director Kent McGowan agrees, saying emotional students often get priority.
“You could have five students in a row come in and they all want it done right away,” McGowan said. “But maybe only one is really in distress because they don’t have a place to live or they don’t know where their next meal is coming from. Whereas the other ones, they want it, but they’re going to be just fine.”
In 2016, the Financial Aid Office lost three staff members due to budget cuts, and since last summer the office has lost three more, amounting to a combined 45 years of experience. That’s not to mention the new set of procedures and new systems the Department of Education implemented this year, on top of a higher number of students selected for verification.
The lack of veteran staff, changes to the system and an influx of eligible students has caused a bottleneck in the Financial Aid Office. Overworked and tired of consoling angry students and parents, the staff is jaded and not always eager to please, both Siepker and McGowan said.
When Siepker inquired about his lack of financial aid and radio silence after he applied for a short-term loan, no one seemed to know he had even applied for the financial support. His information was “lost” during the system turnover, according to Siepker.
“I was standing in the Financial Aid Office when I was supposed to be in class, begging them to let me go to school here,” Siepker said. 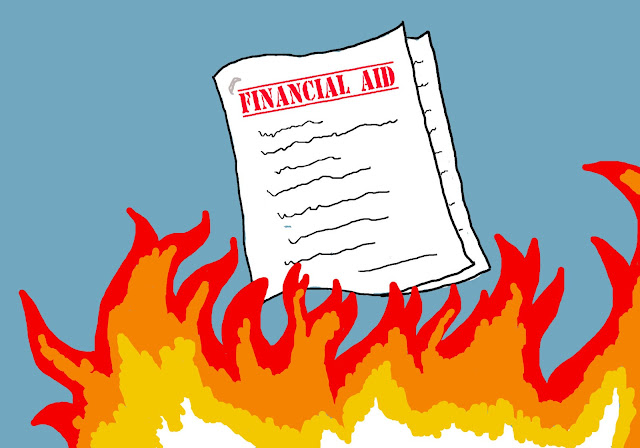 No one wants to take responsibility for the mix-ups or the delays, resulting in a blame game bouncing between students and the financial aid staff. McGowan says no one’s information has ever been lost, they “just couldn’t get to it very quickly,” as technology issues arise with the new computer system.
“We were caught up with our processing by the end of September. Now that doesn’t mean the students got us all the stuff we needed,” McGowan said. “Sometimes students don’t pay attention to what we send them. If they had logged into Cyberbear and payed any sort of attention at all they would have seen that stuff.”
Ruth Williams, student advocate and collections tech, helps many students navigate the Financial Aid Office, and confirms McGowan’s criticisms of the students.
“Financial Aid gets a bad rap, and they work so hard,” Williams said. “A lot of the time the issues have to do with the students not getting their information in on time. I know how the system works so I do my best to help out with the basic stuff.”
She sympathizes with the office as she grows frustrated with the students who find themselves in her office every year. Although she also confirms that the overworked staff can be rude and unhelpful, which motivates her even more to help out.
“Retention starts here,” Williams said.
Siepker works at KBGA, UM’s campus radio station, and without financial aid, he would have dropped out of school and lost his job simultaneously.
“I don’t think the financial aid people, or the people who employ students here, realize just truly how precarious our situation is financially,” Siepker said. “A two-week delay and you find yourself eating bread and ramen to sustain yourself.  And then you’re expected to do well in your classes.”
Some of the blame also rests on academic advisors at UM. McGowan said many advisors have very little understanding of how financial aid works, and sometimes they give students misinformation.
Moving into his sixth year of school, Siepker’s advisor suggested he register as a graduate student due to the number of credits he had accumulated. However, the switch disqualified him from financial aid. The staff told him there was nothing they could do, but when Siepker got emotional, suddenly the problem was fixed. He is no longer registered as a graduate student.
- October 31, 2018