Growing Gap Between Aid and Cost Since The Great Recession

Complaints about rising college tuition are nothing new. But talk to high school counselors, undergraduates or their parents, and you’ll hear a refrain repeated often: As tuition rises and incomes stagnate, filling the gap between the two is becoming increasingly difficult.

That’s one reason former client Lydia Muse is living at home in Fort Collins, Colo., instead of finishing her sophomore year at the Rhode Island School of Design. She’s taking a year off to work a part-time retail job and perform mission work with her church, as her mother, Brandy Muse, figures out how to pay for a second year.

For her daughter’s first year, Ms. Muse scrambled to pay the tuition. RISD, as the school is known, gave Lydia a financial-aid package totaling some $52,000.

But that still left a shortfall of about $18,000 — even though the federal financial-aid formula determined the Muse family wouldn’t need to contribute anything.

Ms. Muse is a widow who works two part-time jobs. She sold her 2014 Subaru Outback for $15,000 to pay the first-year bill. Savings and money from her mother made up the rest.

“It was overwhelming,” Ms. Muse said. “And to think we just got through one year.”

What happened to the Muse family — where a financial-aid formula says one thing about what a student can afford but a package of grants and loans provides only a fraction of what is needed — is prevalent at American colleges and universities. It’s called “gapping” by financial-aid insiders, and Generation Z aka Millennial students (loosely, people born from 1995 to 2010) will increasingly be feeling its effects.

A little background: How much families should pay for college starts with the Free Application for Federal Student Aid, known as FAFSA. It generates what is called the expected family contribution, a number that shocks most families the first time they see it because it’s often higher than they expect.

But it’s not the only number that colleges use to figure out what families should pay. Hundreds of colleges — mostly selective private schools — also require prospective students to complete a CSS Profile to determine what the institution will give them in aid. The expected family contribution calculated by the CSS is typically higher than FAFSA because it captures the equity in a home and the net worth of family businesses, unlike the federal formula.

Either way, no matter what number the formula spits out, many families end up paying even more out of pocket. Until the early 1990s, the ethics code for the national association that represents college admissions officers required schools to not only admit students without regard to financial need but also pledge to meet a student’s full financial need.

But when those promises grew too expensive for many schools to maintain, the association changed its code. The outcome fractured the admissions and financial-aid process, mostly between the haves and have-nots among colleges.

Today, fewer than 60 colleges still claim to both be need-blind in admissions and meet full need.  That means those schools — mostly the wealthiest and most selective institutions — make their admissions decisions without looking at a family’s ability to pay and promise to meet their full financial need.

The remaining schools typically fall into one of two camps — need-aware schools and need-blind schools.

Need-aware schools consider an applicant’s finances at some point in the admissions process. Those colleges sometimes, but not always, provide financial aid that satisfies a student’s requirements. They think it’s fairer to reject a student rather than accept them along with, say, a $20,000 bill they can’t really pay.

Need-blind schools don’t consider ability to pay in admissions, but as a result they can give students only a portion of the money a financial-aid formula determines they need to afford college.

The financial void families must fill between the price of college and the aid they receive has steadily widened in recent years. The average gap amount is roughly $11,000 at public colleges, up 72 percent since 2008; and $16,000 at private colleges, an increase of 43 percent since 2008.  The gap in financial aid is growing because family incomes remain largely stagnant even as college prices continue to rise.

For colleges, financial aid isn’t a charity, but often a strategy to fulfill a variety of institutional objectives — to reel in high-achieving students, for example, or more engineering majors, or more teenagers from five states away. Most of all, colleges tailor their financial-aid packages to fill classroom seats and meet budget targets.

Ms. Muse in Colorado is trying to piece together how she will pay for Lydia’s next three years at RISD, and is considering selling her house to do so. But that’s likely only to get her through two years with financial aid. Ms. Muse said her daughter considered less expensive in-state options, but a specialized art school “is more congruent with her interests in animation and illustration.”

While families may manage to fill the gap in financial aid the first year of college, tuition prices are set one year at a time, limiting the ability to plan ahead. That’s what Jean and Janece Roch face.

Their daughter, Katie, is a sophomore at the College of William & Mary in Virginia, which charges more than $60,000 to out-of-state students. The Rock’s expected family contribution was about half that, and William & Mary’s aid package fell about $5,000 short the first two years, which the couple paid for by drawing from their savings.

Now, to plan for the next two, they may tap into their home equity, take out a loan through a state program or borrow from retirement savings. The decision was made more difficult by a recent surprise: Their expected contribution for junior year jumped by $10,000 because of John’s overtime pay in the year covered by FAFSA.

How exactly that change will impact their aid remains unclear. After the first year, aid packages typically arrive just weeks before the first tuition bill comes due.

“It’s nerve-racking to wait for,” Ms.Rock said. “It doesn’t give you any time to plan.” 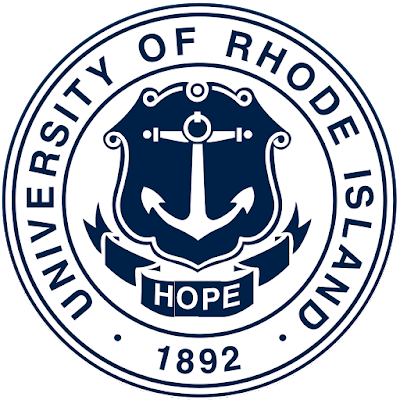 The University of Rhode Island, however, has eliminated that uncertainty: It lays out to all incoming students what four years of expenses and aid look like.

“We are in the business of a degree, not educating students one year at a time,” said Jason Rathenburg, the university’s vice president for strategic enrollment management.

Since the program was put in place in 2013, URI’s six-year graduation rate has inched up from 79 percent to 82 percent. A smaller share of students are borrowing, and when they do, they’re taking on smaller loans. Retention has increased as well. Mr. Rathenburg credits the four-year pricing strategy for the improvements.

“It gives parents a clear understanding of all four years and opens up conversations about options if it’s not financially feasible,” he said.

Even so, like most colleges, Rhode Island can’t meet the full financial need of every student. And when showing parents a four-year financial-aid package, the gap at there could surpass $100,000 at the far end.

One money-saving option URI offers to the quarter of its students who live within 100 miles of the campus is to start next door at The Community College of Rhode Island. Students have access to many of the same facilities and benefits as a URI undergraduate and then seamlessly transfer to the university after earning a two-year degree. About 150 of URI’s 2,000 incoming students now start this way.

Nonetheless, what Mr. Rathenburg and other admissions and financial-aid officials often encounter are parents who feel intense pressure to allow their children to attend their dream college, even if they face a large gap between what they’re expected to pay and what aid the college offers.
“We tell families that the fit in a college is more than just academic and social,” Jason said. “It’s also financial.”